If you’re into anime then chances are you’ve watched Attack on Titan already. If you’re not into anime, then you’ve probably at least heard of Attack on Titan. If for some reason, Attack on Titan has made no appearance in your life, and you feel like killing a whole day – good news! This is an anime (adapted from a manga) that made me think anime could really become a thing in the west.

Because anime has such a “geek culture” attached to it, I believe that many people don’t watch it, or take any special interest because there isn’t really any exposure or advertisement except on children’s cartoon channels. Obviously anime is a type of cartoon, but it’s a whole sub-genre. Adult targeted anime have always been around, I remember 9pm showings of Cowboy Bepop. HMV have quite the large anime section in their stores as well, so I can certainly see the influence and growing interest of anime in Great Britain. I’ve always thought however that to really bring in anime as an acceptable medium that isn’t directly linked to being a “geek” it would take a really, really good anime series. Great movies such as “Akira” and “Spirited Away” have shown that mass audiences are open to reception. Attack on Titan for me, is that anime.

There are a lot of anime that I’d consider good. Better even. However Attack on Titan for me wins this race because it’s the perfect combination of simple and complex. Some of the best animes, or the ones I enjoy watching the most, have very complex, interwoven plot-lines and don’t really make sense until the very, very end. Some have simple plot lines but feel too childish because of their eccentricity. Some are just plain boring. Attack on Titan has a fairly simple concept to grasp – everyone lives in a single city which has been divided by walls. Titans are giant monsters that eat people. Our hero is part of the military who are protecting and fighting back against the titans. Simple.

However it’s made more complex because of the dark nature of the show. Straight away we see rather gruesome death scenes, which actually makes the whole thing a lot more realistic. It sets up the titans, who have ridiculously funny bodies, as real threats and something to be fearful of. It also gives a higher sense of purpose to our heroes. You really want to cheer them along. However you’re kept at the edge of your seat because seemingly anyone can get eaten.  The script is very engaging and the plot moves along quickly. As of yet, there has been few, if any, filler episodes.

The characters are oddly loveable. I feel that some are created purely to get on your nerves, and then I find myself cynical about the ones I like in case they get eaten. That being said, despite keeping my distance, I still find myself cheering them on. There’s a real sense of friendship and comradeship in times of terror amongst those in the corps. I really enjoy those scenes.

The animation style and the music are top notch. I’m always blown away by how advanced anime is getting, but Attack on Titan certainly takes the cake. I read the manga before watching the anime, and that’s something I very rarely do. The transition from black and white to colour with 3D elements however has worked in favour of the anime and now I actually prefer watching the anime to reading the manga. It’s worth it for the fight scenes alone. There is also a fantastic music score. 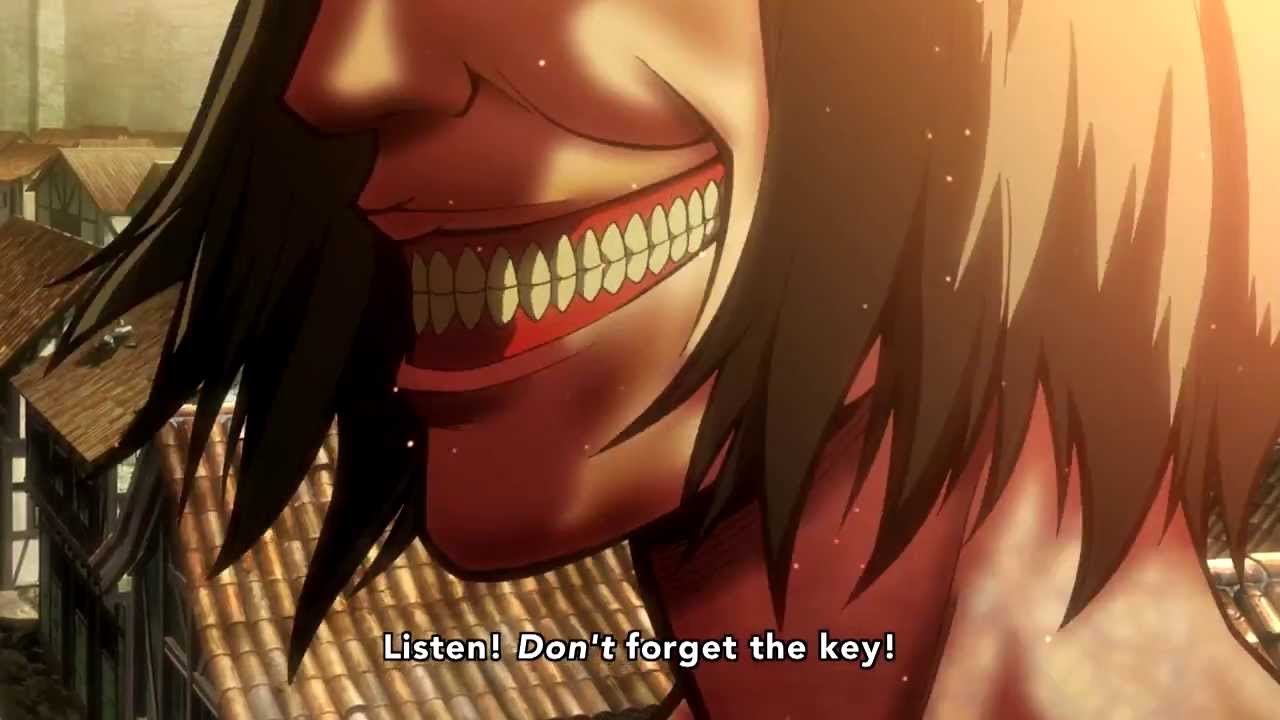 Overall I find it very hard to fault this anime. If there’s anything I could complain about, it would be the die-hard fan groupies that are always born out of a successful franchise – however the green cloaks from Attack on Titan look so kick ass I don’t even mind that.  I bought my little sister a brown Attack on Titan jacket which looks amazing on her.

As a special prize, today I bought this ADORABLE Attack on Titan alpaca. If you would like to give this guy a home, then simple send me a suggestion for an anime that EVERYONE (not just geeks) should watch and why, using the tagline #WhyAnime !