The Best and Worst Scenes of The Walking Dead [Spoilers]

The Walking Dead Season 6 finale airs this Sunday. After a rocky season 4 and 5, everyone’s been feeling pretty good about season 6 and we can only guess what’s in store for us. Waiting is a hard game though, so why don’t we go back on the best and worst scenes of walking dead so far. There will be spoilers.

This scene could be debated as one of the most iconic in modern TV. The image of Rick on his horse entering the deserted city of Atlanta was used for all the promo posters. What I really love about this scene is that it’s not an in-your-face zombie horror scene. There’s no ominous music in the background. No blood smears all over the streets. Instead, the lone clip-clop of the horse in an empty city is enough to pique your interest. I also love how western/cowboy, sheriff on a horse coming into a ghost town is. Really fantastic scene, one of the best in the entire series.

I do not remember this whole arc happening in the comics, and I think it was something added to the TV show because the writers thought we the audience needed explanations or something. Which we don’t really get either. There’s no reason for our characters to be in the building really, the tension and sacrifice all feels forced and overall I think it’s something the plot didn’t need.

The drama between these two characters have been building up for two seasons and ends in a fantastic climatic final showdown. What’s really great about this scene is the amount of emotion, from both characters. There’s real fear from the audience, because we didn’t know who was going to win. Modern TV shows such as Games of Thrones have shown us that main characters can die, especially the ones we like. It also felt like the sort of development that could happened, and in a show about zombies, it’s great that there’s such strong human conflict. 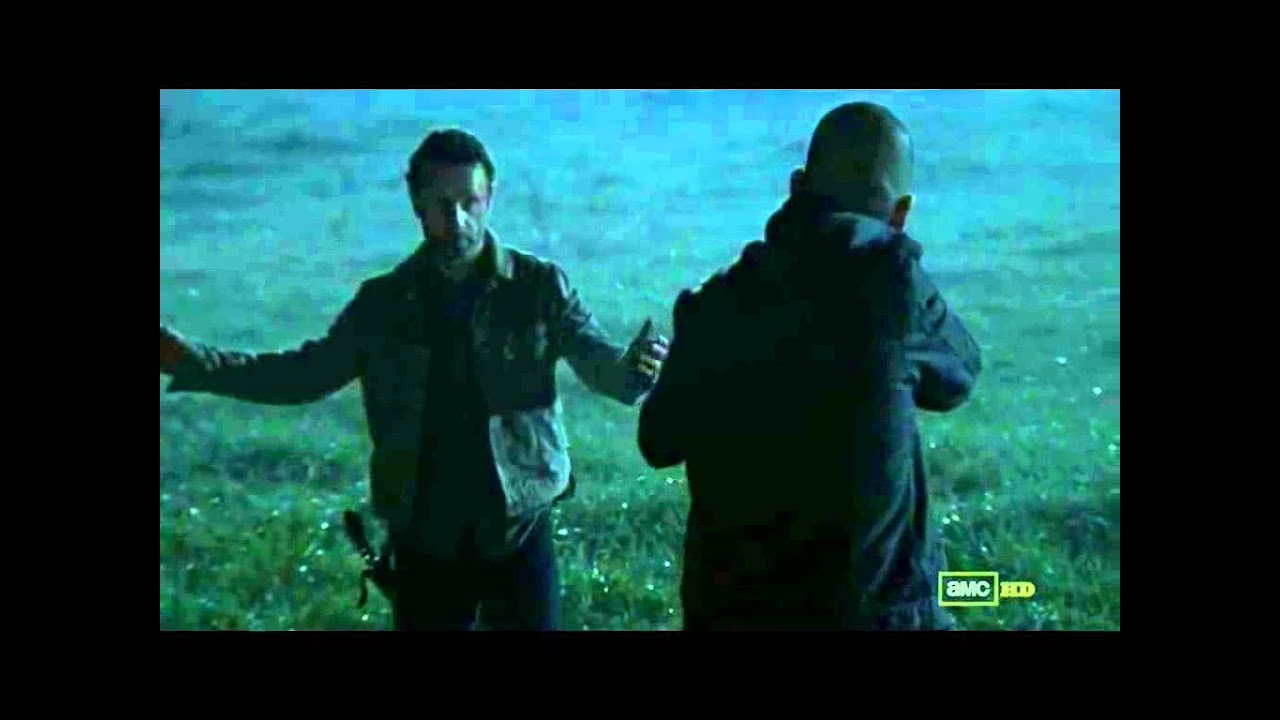 Season 2 Worst – Filler scenes
I completely understand and even encourage the amount of character development that happens in The Walking Dead but there’s a balance that needs to be struck with character development and forwarding the plot. Season 2 felt like it was going nowhere, and outside of the emotional drama building up, the story itself wasn’t exciting. Walking and more walking? Well I guess it does what it says on the tin.

I remember the prison arc very well from when I first started reading the comics. It was without one of my favourites, because there was such a good mix of zombie stuff vs human stuff to worry about. I loved the big fight to get to the prison which seemed like a defence haven, only to then find yourself locked up with criminals. It’s a very human dilemma, because whilst there are monsters outside, you don’t know what sort of people are on the inside. It makes you question if you are actually safe or not.

Lori’s Ghost was one of those ideas that comes up in the boardroom and everyone agrees “oh yeah, that’s cool.” but in reality it just didn’t fit with the feel of the show. You have zombies and survival and a lot of human emotions. Everyone knows Rick is going through a hard time, and Lori’s ghost felt like exposition being shoved down out throats. We get it, he’s hurting and he’s haunted, but those scenes didn’t need to be there.

This is one of the best scenes because it’s one of the most unexpected but really impacting ones. Everyone likes Hershel and by this point in the series, you didn’t really believe that such an important character could die. When Rick gives his heartfelt speech, you breathed a sigh of relief, because of course people are inherently good.

He was a great villain for the previous season, but it felt like his arc was drawn out too long. It got to the point where every scene involving him and his new army just didn’t make sense anymore. Him storming the prison? What? By bringing his story into the fourth season and finishing it half way through, then starting a new arc, season four didn’t really give you the satisfaction we were looking for and I blame The Governor for that.

Carol gets what one the best character developments in the entire series, going full rambo in season five where she rescues the crew from cannibals in Terminus. Although the scene was fairly quick, there was a huge payoff for us to finally have them fight back and kickass. Her time away has clearly hardened her up and it’s completely believable which makes it so good.

Season 5 is arguably the worst season of the show. Everything just felt a bit lost. Although some ideas and themes were great, it just didn’t quite pull it off properly, losing a lot of viewers. Luckily for us, the show had a sort of reboot once they found Alexandria, which has set up for the spectacular sixth season we’ve been enjoying so much!

Season 6 Best – Zombies at the Canyon

This scene was spread out over a couple of episodes and I totally don’t mind that. It brought The Walking Dead back to it’s roots, which is about fighting zombies. With the recent focus off zombies, we’d stopped fearing them, as they were being dealt with fairly easily. In the canyon there was a lot of tension and a real threat from them, which in the end makes the fighting much more satisfying.

We get it, you want us to worry about the possibility of Glen dying. The drama was there the first time, but after countless near death experiences which ended in a last minute rescue, it just got a bit dull. By this point, if he really does die, are we going to care or are we going to breath a sigh of relief? It’s a cop-op for the writers and borders on comedic.

Finally here is the preview for season 6’s finale – how have you felt about the show and this season so far? 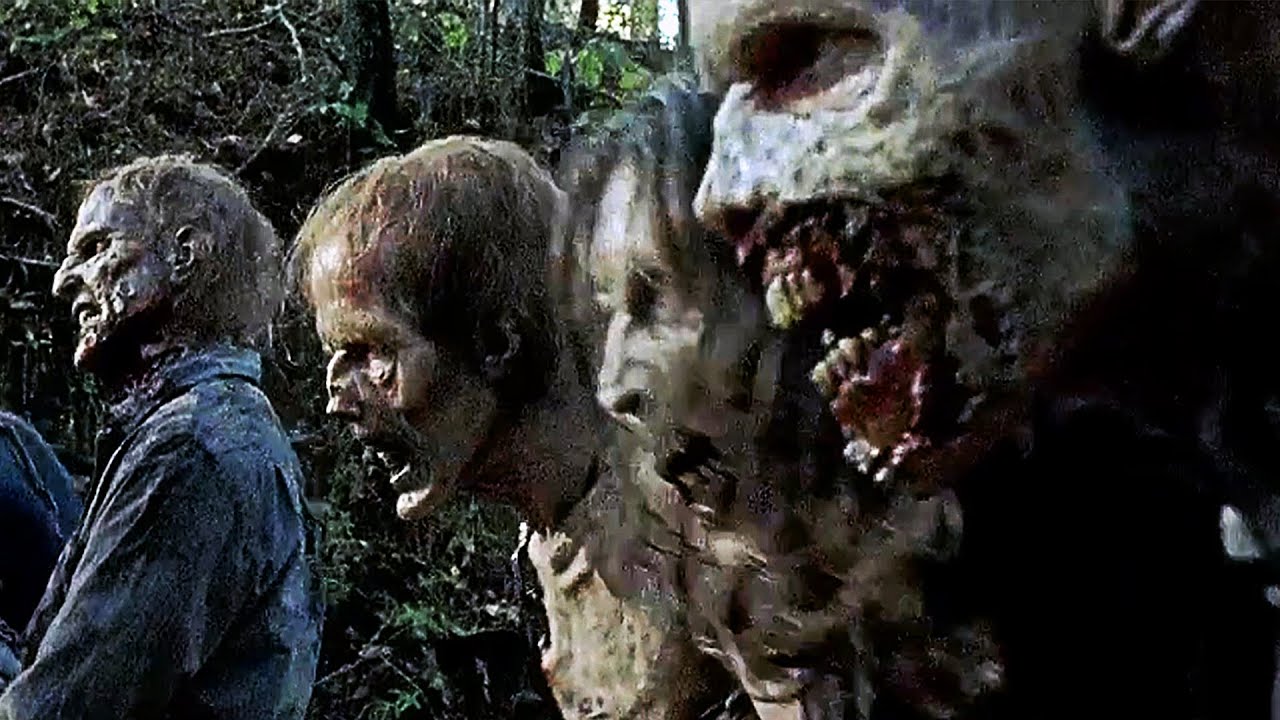