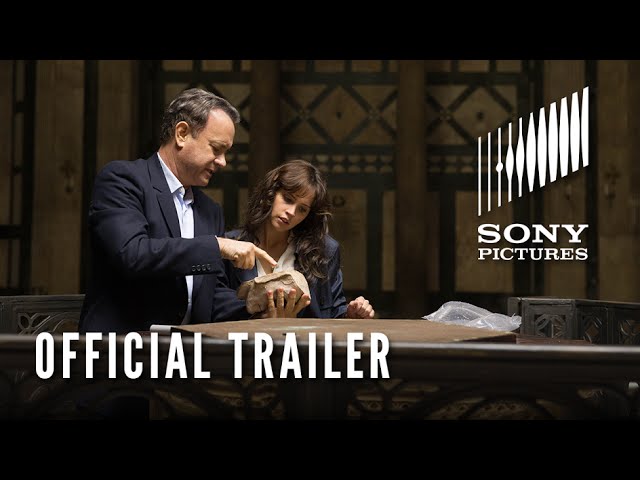 Heroic puzzle-solver Robert Langdon is faced with his trickiest problem yet – he has to find a plague virus which will wipe out half the world’s population, people wanting to sell it are out to kill him, oh, and he’s lost his memory.

Ron Howard directs Tom Hanks in a third adaptation of one of Dan Brown’s Robert Langdon books. The good news is that the story is noticeably better than the incredibly dumb Angels and Demons, the not so good news is that there are still some moments which have you rolling your eyes; if you construct a box to seal in something deadly, why would you equip it with simple lever catches to open it?

After a brief prologue which both provides exposition but also leaves you wondering, it hits the ground on the run, with an amnesiac Langdon waking in a Florence hospital and being helped on the run by a pretty young English doctor as a policewoman tries to shoot him. With her help he gradually starts to piece things together (and we do the same with him), and the scale of the problem facing him – indeed, the world – becomes clear.

Hanks always conveys a sense of integrity, and this suits Langdon’s character, and the puzzle solving works well in enabling the audience to construct the plot alongside Langdon. He has visions which make the film look as if it is going to be rather more visually striking than it ends up, but there is some pleasing location work to make up for this.

It has to be admitted that there is a vast amount of chasing. Chases are all very good, but they need to be good and involving action sequences, because they mostly stop the plot. The chasing here was a little excessive.

There are a couple of twists which may come as surprise and a final action set piece which, for me, went on a little too long and unconvincingly.

Having said that, the movie is moderately entertaining if undemanding.