The Great Wall: based on a kinda true story 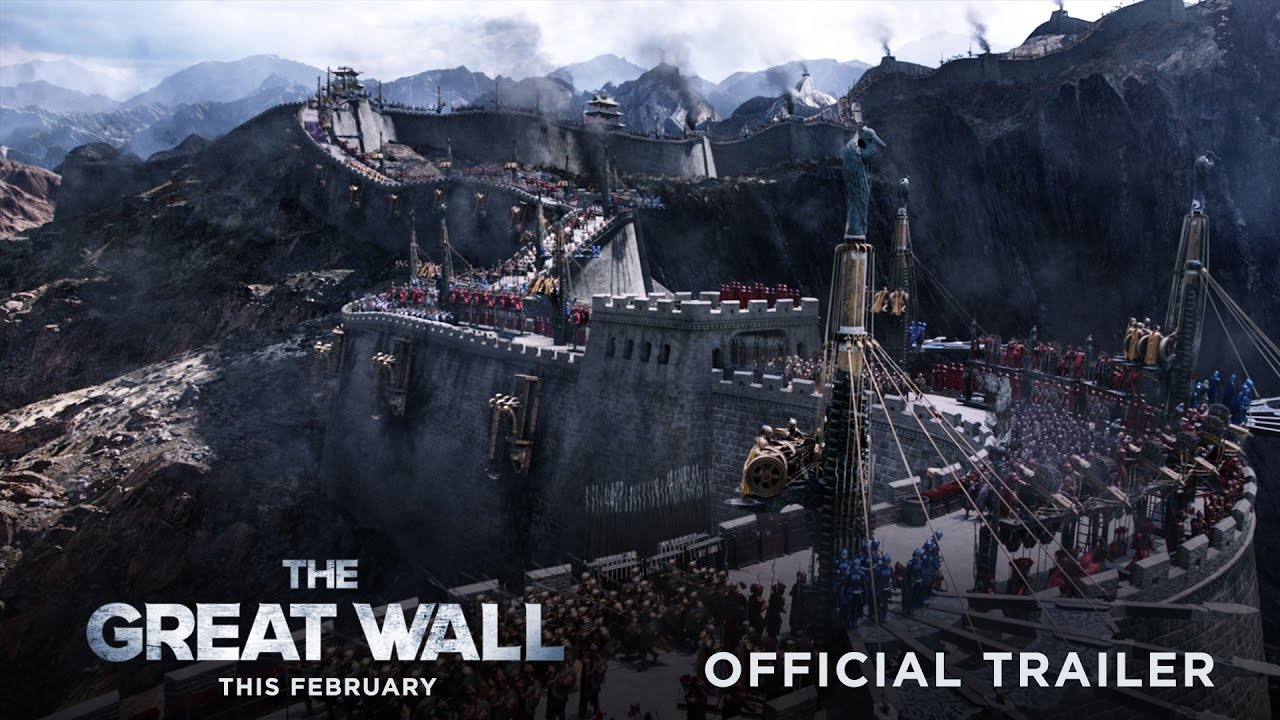 If, like me, you thought the Great Wall of China was built to keep out Genghis Khan and his horde of ravaging Mongols, think again. It turns out that it was actually built to keep out about 90 million oxen-sized, lightning fast, razor-toothed, savagely carnivorous dragon/wolf thingies which came to Earth on a meteor.

So Matt Damon and his Spanish buddy are the last two survivors of a group of mercenaries touring China with the intention of pilfering a load of black powder. They have the misfortune to end up at the Great Wall just as the fearsome beasties called Tao Tei are about to launch one of their cyclic – every 60 years – attacks.

The Chinese forces, while courageous and well trained, are ultimately outclassed: the Tao Tei are incredibly difficult to kill, necessitating such imaginative battle tactics as the blue-cloaked female troops bungee jumping from the walls to spear them from above. Fortunately, Matt Damon is an incredible archer, tactician, and warrior generally. Less fortunately, all he wants to do is steal a sackful of black powder and leg it.

This big budget Chinese production – Damon’s casting has been criticised, but he is clearly present primarily to boost the international box office – has every yuan spent on it clearly displayed on screen – it is absolutely spectacular and, often, quite beautiful.

It is also completely bonkers. Seriously, bats in the attic bonkers. The indescribable masses of unbeatable toothsome critters defy credibility, as do the immensely entertaining combat methods embraced by the beautifully costumed cast, both principals, extras, and CGI extras.

The CGI Tao Tei do get a bit wearisome towards the end, by virtue of their vast numbers if nothing else, but we have a small group of gritty individuals who we can root for. But will they all survive?

And is there going to be any romance between Matt Damon’s William and the incredibly cute Commander Lin Mae played by Tian Jing? After all, she despises him, and that’s how it usually starts, right?

The 3D, while by no means essential, has some lovely 3D moments in it.

There is no more substance to this film than there is to the contents of one of the hot-air balloons which feature towards the end, but that’s not a reason not to enjoy it, because it’s a hell of a popcorn movie. I thoroughly enjoyed it and, half an hour later, I was ready for another one