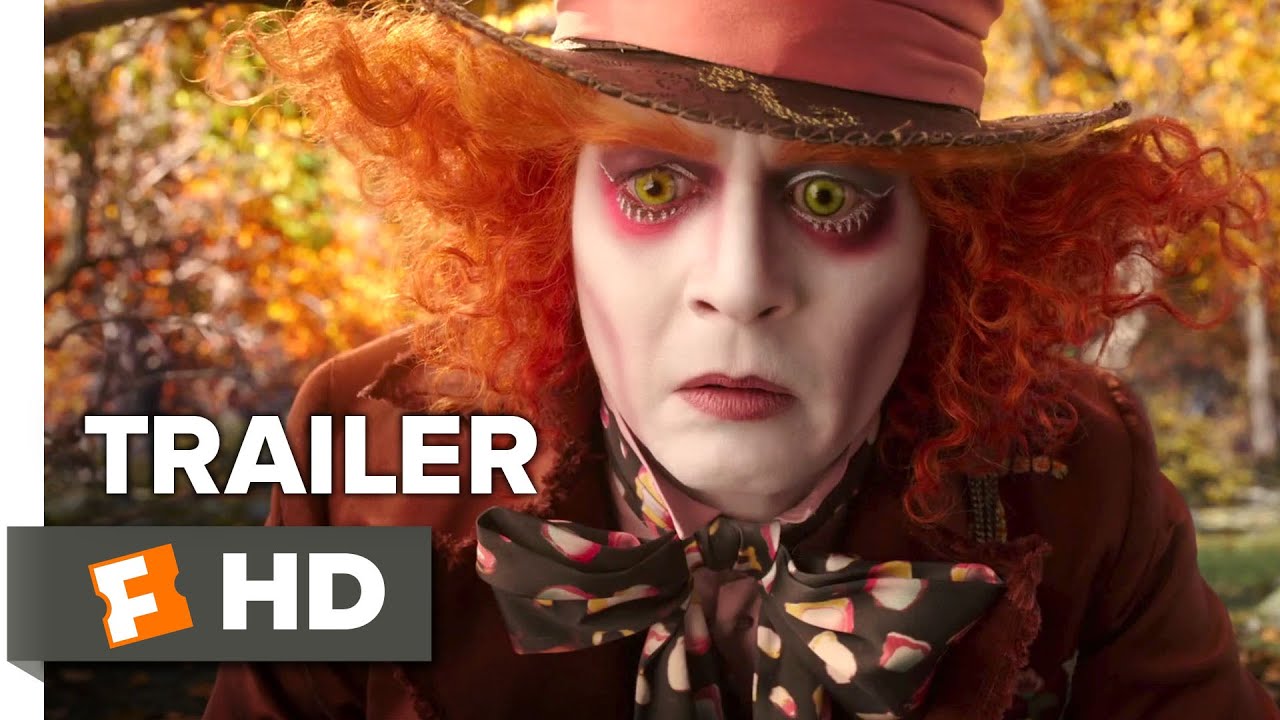 The two Alice books are must-read classics, and have found their way onto screen in many different versions.  James Bobin’s film is a direct sequel to Tim Burton’s Wonderland film.  Both take their names from Lewis Carroll’s books, but neither takes any more than characters from them: Alice Through The Looking Glass is another original story.

The end of Burton’s Alice In Wonderland movie saw our heroine ditch her nerdy fiancée and go off to sea.  Through the Looking Glass starts with a dramatic sea chase, before Absalom the Butterfly (voiced by Alan Rickman in his final cinema work) calls her back to Underland, where the Mad Hatter (now named as Tarrant Hightopp) is pining away for his lost family.

Alice’s adventure – seeking the Hightopp family – involves her stealing a time machine from Time himself, a menacing personification of entropy, who is understandably miffed at having this mechanism nicked, especially given that it has the potential to unravel reality.

In short, the story has nothing whatsoever to do with Carroll’s book.  Having said that, it’s not a bad story – it holds the attention, has lots of eventfulness and action, illuminates some of the characters, offers a couple of emotional moments, and allows Johnny Depp to mug from under the Hatter’s elaborate makeup.  I preferred it to the story offered in the previous film.

The visuals are, as expected, impressive, and Sacha Baron Cohen’s Time is a good addition to the cast.  Rhys Ifans as the Hatter’s Dad makes less impression.

The reservations I had with the first film are still there – Barbara Windsor is just plain Wrong as the voice of the dormouse, naming the characters is both unnecessary and irritating, Anne Hathaway’s White Queen’s airy-fairy affectations get on your nerves, and Helena Bonfire Carter’s Red Queen is still nicked wholesale from Queenie in Blackadder.

Mia Wasikowska’s Alice is pleasingly feisty, more so than she was in Wonderland.

And so we come to Johnny Depp’s Mad Hatter.  We’ve seen the character before, of course, and Depp once more gives us the gentle, lisping, well-spoken and slightly barmy Hatter who has a bond with Alice, as well as the occasional psychopath from the Gorbals.  To these he adds the declining depressive, a sad reflection of the heartier main iteration.  But ultimately they are all Johnny Depp doing funny voices under funny makeups and, despite their appeal, I do find myself wondering if Depp has now overdone the heavily disguised eccentric phase of his career.

This is nonetheless an enjoyable film, more so than its predecessor.