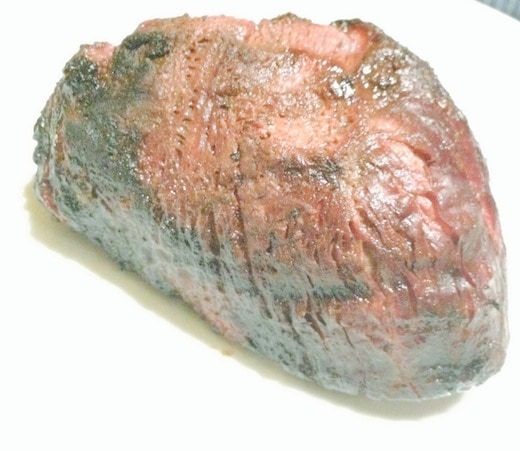 Ok, so as some of you may know, I’m a huge foodie. One of my favourite things ever is steak, because come on, who doesn’t like meat? (Vegetarians I guess…) Hawksmoor is often raved as the best steaks in London, and I had  visited  their restaurant in Spitfields before and agreed. Last night however I was left super disappointed! 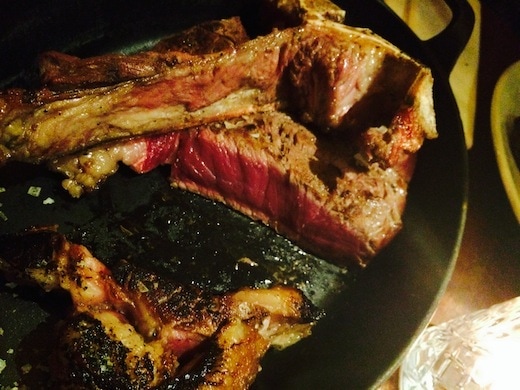 Hawksmoor offers Sirloin on the bone, one of the reasons I wanted to go. I’ve never seen this done before! Sirloin is also my favourite cut, because it’s the only one you have to call Sir! Hehe. But seriously, I think it has a lot of good flavour. So last night we ordered the Sirloin and the chateaubriand (I have no idea what that is by the way)

The sides at Hawksmoor are the best. My most favourite chips, triple cooked! A lot of places triple cook their chips now because it sounds fancy, but Hawksmoor actually do it super super well. I could go simply for those to be honest. I also tried out the grilled bone marrow, which was very different to what I’m used to but they went nicely with the potatoes…

My sirloin came over cooked though. I’m the sort of girl that likes her steak mooing. If I cut into it and blood isn’t sprayed all over my face I’m disappointed. That being said, this time I felt I needed to be cultured and asked for it rare rather than blue. It came out medium rare at best, although parts of it were cooked all the way through. The consistency of how done with was through the steak was horrendous! It still tasted great though, which is a merit to the chefs.

They were also super kind about it, when I asked the waitress to check my meat to see if it was cooked to my spec. She returned with a very rare T-Bone which was bigger than my face! The meat was sooo delicious and rich, the fillet side basically melting in my mouth whilst the sirloin side was full of fatty flavour. I couldn’t eat it all but took about half of it home!

The chateaubriand on the other hand was very very disappointing. The waitress really built up about how amazing it would be and instead it seemed like a large lump of should-be-meat that was tough and ad no real flavour other than “chewy” which isn’t even a flavour. Never again will I order that one!