Wonder Woman a hit for the DC movie universe 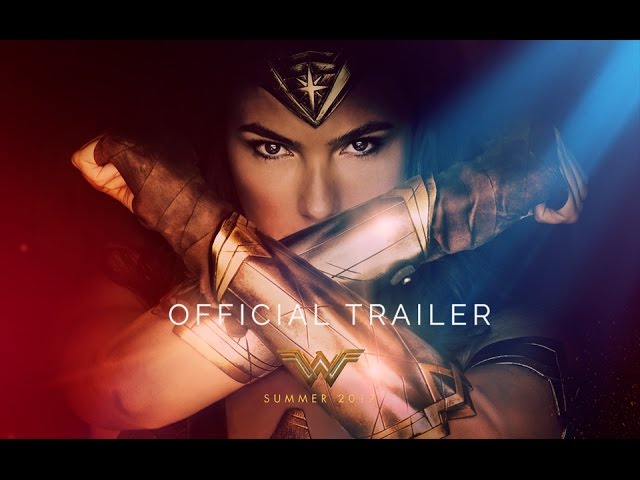 Diana, daughter of Queen Hippolyta of the Amazons, is born to warriorhood despite her mother’s misgivings. When Steve Trevor’s plane crashes on the hidden island of Themiscyra with secret plans for German war armaments, Diana leaves Themiscyra with him, to fight for peace: if she can remove war-God Ares with the Godkiller she stole, then the war will end.

Diana’s origin, familiar if you have ever read Wonder Woman comics, is told well in the opening section. Themiscyra is beautiful. Steve Trevor’s arrival causes problems and the film sensibly avoids the tournament of champions. There is a funny “fish out of water” segment in London, then the action switches to war-torn Belgium. Wonder Woman’s first outing across no-man’s land is thrilling.

The action generally is very well done. Set pieces are brilliantly choreographed on the ground, and especially in the air. The Amazons in combat are brilliant, especially with bow and arrow. And I loved Hestia’s golden lariat, both while extracting the truth from Steve Trevor, and as used by Diana as a weapon.

The story is serviceable and the script is functional. There are some good lines, and Diana’s dialogue is well-written, but there won’t be any Best Screenplay awards. There are signs of compromise in script editing – story elements left dangling – so maybe there will be an extended cut to flesh them out.

However, Diana’s character is presented extremely well. She is noble, confident, principled, compassionate, experienced, yet naive as regards men and the world beyond Themiscyra. The Diana in this film is everything I believed Wonder Woman to be. And it is wonderful to see a major DC character presented on screen in a way which meets expectations.

Gal Gadot’s casting was inspirational. Not only is this lady both physically beautiful and beautifully physical, she also conveys the different aspects of Diana’s personality well. And she does humour and romance as well as she does action.

We have three baddies. They are a scarred female Nazi scientist (underwritten and underdeveloped), Danny Huston’s Nazi officer, and Ares. You’ll probably guess Ares early on. As villains go in super-hero movies, they are about average: they do the job of being villainous, but never terrify.

OK, so war is hell – goes without saying, right? But there is a bit more going on here. We see an empowered woman in a time when women were second-class citizens, making that point with humour. And we see a (paradoxical) warrior pacifist learning that good and evil are personal choices. Diana’s character grows through this film.

The rest of the cast is fine. Chris Pine does well as Steve Trevor, a bit Captain Kirk-lite. Lucy Davies (from UK The Office) is unrecognisable, note-perfect, and criminally underused as Etta Candy. There are a couple of well-known faces among the Amazons, but most of the other players are simply place-holders.

I’m a DC boy. Doesn’t mean I don’t enjoy Marvel – I have loved the Marvel movies while the DC ones have disappointed me. My DC universe isn’t dark, it’s a place where I expect to have fun, And that’s what this film delivers. Yes, it’s set during the First World War, there is death and loss and lives are at stake, but it is still a fun ride, in a way which Man Of Steel and Batman vs Superman were not.
So hooray for Wonder Women, including director Patty Jenkins!