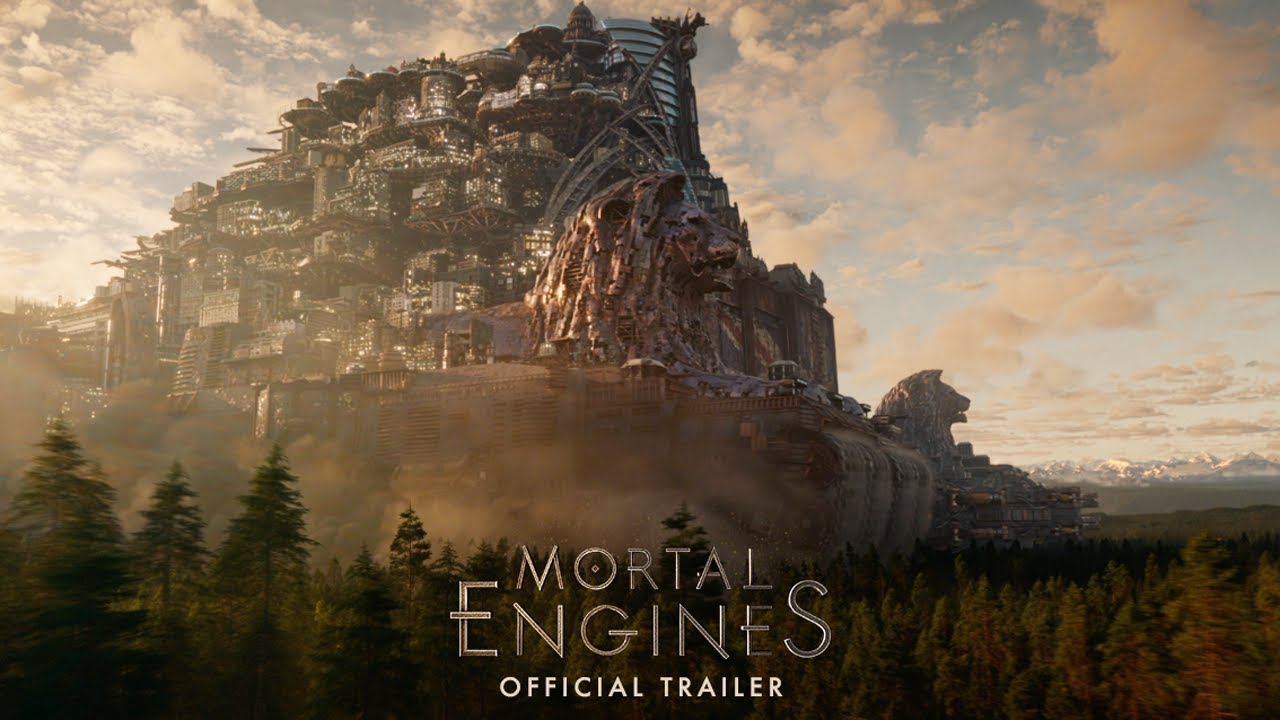 After apocalyptic war, the wastelands are inhabited by wheeled cities which roam around, eking a living. London is the biggest, and most predatory. Thaddeus Valentine is minded to create a vicious weapon in order to destroy a wall which prevents the cities from venturing into fresh territory. And young Hester Shaw is minded to kill Thaddeus Valentine.

December 2018 has seen a rush of movies aimed at the geek market. A great trailer sold this one to my inner geek – predatory cities on wheels! Wow! This should be great!

It isn’t. Every time I think about it, I find more wrong with it.  Let’s start with the basic idea. The sci-fi  nut in me loves the idea, until even a little bit of thought tells me that the notion of cities on caterpillar tracks is hugely impractical. Where does the fuel come from?

The story – essentially the battle for Hoth in The Empire Strikes Back – is OK. Hugo Weaving as Valentine, and Stephen Lang as reanimated corpse/robot Shrike, are both fine. But the juvenile leads have little charisma, and it’s difficult to care about them.

This isn’t helped by the script.  The Lord Of The Rings trio of Jackson, Boyens and Walsh have turned out a script which pays lip service to Hester’s backstory, but the other characters? So what?

The visuals of the cities are good, albeit the early high speed chase – well executed – was unconvincing. I simply didn’t believe that wheeled cities could travel at those speeds, with such good cornering.

And it is dark, not to mention drab. The colour scheme is almost entirely variations on brown, with the exception of one red aircraft.

There are a number of points where time is critical, yet people stand around for no particular reason,  In one instance, they are on a burning deflating balloon city. You might think that might make them act with a little urgency, but no.

This could have been a film I loved – I wanted it to be, I expected it to be. But no. It was, instead, hugely annoying and frustrating.