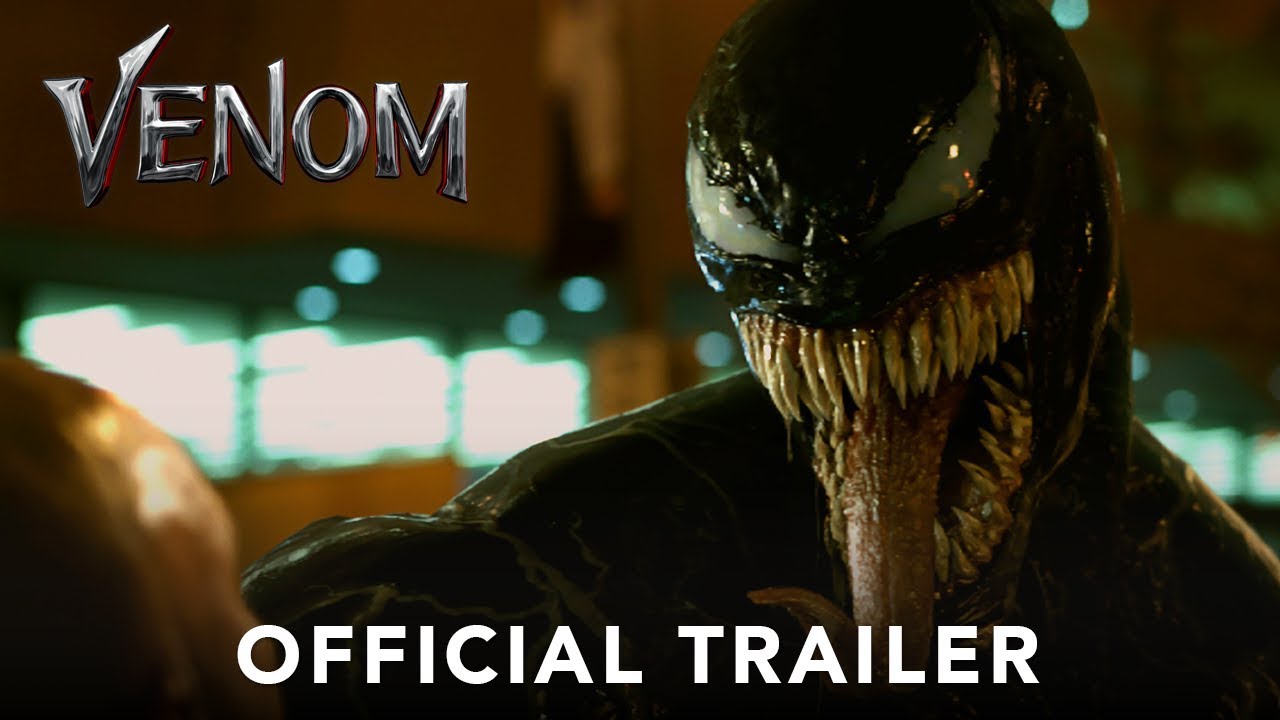 Reporter Eddie Brock is fired for ethical irregularities in pursuing his story, and his life is ruined. In following up a connected tip months later, he becomes infected with an alien parasite – a symbiote – which can take him over and do incredible things. Together they pursue various things which need pursuing.

Venom is one of the most popular villains in Spider-Man comics, and featured in the third Toby Maguire Spider-Man movie. This time out he is flying solo, with Tom Hardy as Eddie Brock and providing Venom’s voice.

This film has had some harsh words from the critics. I prefer to form my own opinions, and it’s quite a lot better than the worst reviews would have you believe. Hardy is good, the effects are fine, and the action is well-handled. But…

There’s always a “but”, isn’t there? In this case, it’s something I would call “tonal indecision”. I think the relative failure of the DC movies is seen as being due to their dark, depressing tone: the Marvel movies come across as fun and lighter in tone, even when half the population of the universe is destroyed.

Perhaps the wish was to keep Venom lighter in tone despite the fact that the character is inherently dark. He eats the heads of police officers, for heaven’s sake! Yet conversations between the symbiote and Eddie frequently have an air of Abbott and Costello to them.

Deadpool I and II showed that a film can be both successful and adult in tone: Venom lands unhappily in between the two elements and fails to blend them well.

And, if you’re looking for things to criticise…

The wonderful Michelle Williams is given very little to do other than be another head for Eddie to talk to. The actual baddie is annoying rather than fearsome: you feel that “You’re fired!” is the worst he can do. There is far too much faffing about in a laboratory. The films is very dark and the 3D is pointless. And even Eddie is difficult to like, despite Tom Hardy’s excellent performance: he is indeed a loser, and it’s largely his own fault.

As I said, it’s not as bad as it’s painted. But it could have been much better.