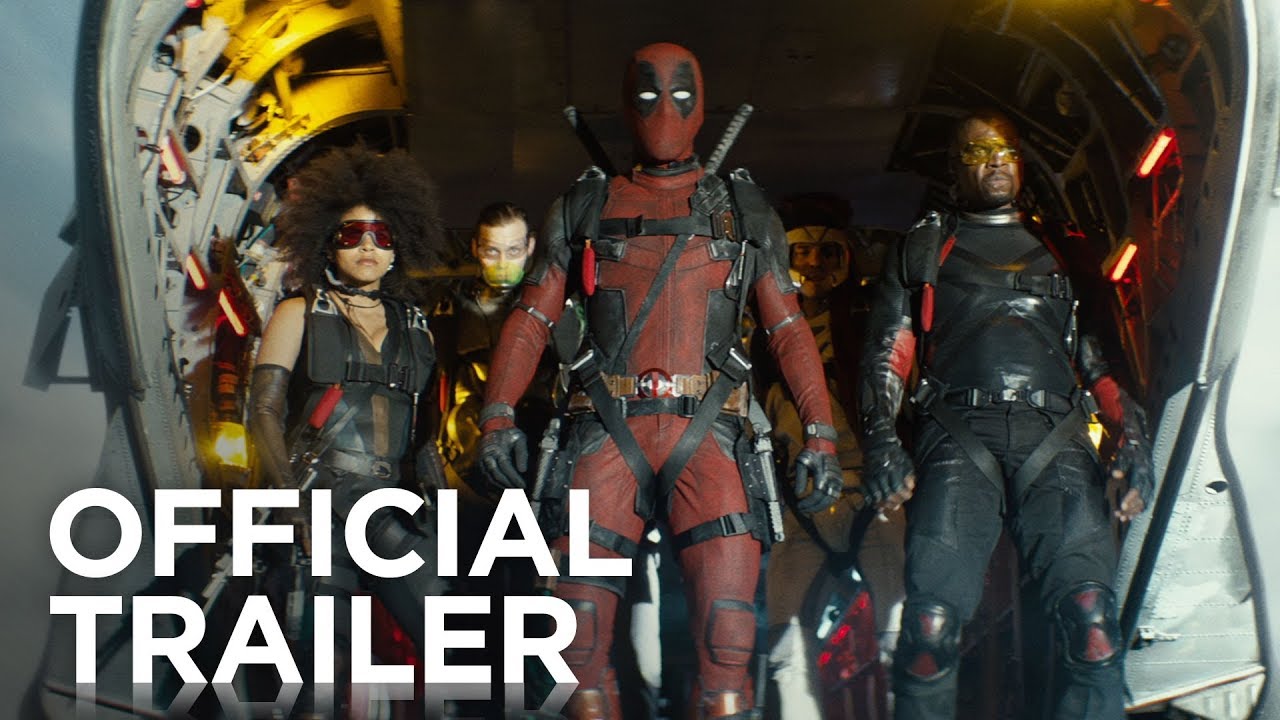 Deadpool, the sword-wielding heavily scarred mutant with a healing factor, decides to embrace fatherhood with love-of-his life Vanessa. Father issues then feature largely in his life when he is moved to protect badly-parented mutant Russell from bereaved father mutant-from-the-future Cable.

In terms of box-office revenue vs production cost, Deadpool (2016) is the most successful super-hero movie ever, having earned back nearly 13 times its $51M cost (1989’s Batman is next). A big element of its success was its irreverence.

It poked fun at its source material, the track record of its star, the genre it came from, it was staggeringly violent, littered with bad language, and it broke the fourth wall: Deadpool knew he was in a movie and directly addressed his audience.

All the things you loved in Deadpool

It was inevitable that there would be a sequel. It offers all the elements which made the original successful, but with the dial cracked up a couple of notches. The violence is more violent, the language is worse, and the humour is, if anything, funnier.

The film is capped by several short pieces during the credits which are totally unexpected, plot-driven, and seriously laugh-out-loud funny for fans of this sort of movie.

Ryan Reynolds was born to play Wade Wilson. He is joined again by Vanessa, Weasel, Blind Al, Colossus and Negatonic Teenage Warhead and taxi driver Dopinder. As well as Cable – Josh Brolin, having great fun as a character who is having no fun at all – assorted other mutants join the fray.

This include some blink-and-you’ll-miss-‘em cameos, beautifully dropped in. And Julian Dennison as Russell is as annoying and loveable as he was in Hunt For The Wilder People. Pay attention for the Up gag, by the way.

In case you’re wondering, it’s not all fun and games. There is some serious action, well choreographed and FX’ed. The stakes matter – Cable means business. For all the fun and games and death and destruction, there is a strong and serious heart beating in this movie. Sometimes it’s in a body, sometimes not…

If you enjoyed Deadpool then it’s a good bet that you’ll enjoy Deadpool 2 – I certainly did.