War for The Planet of The Apes review 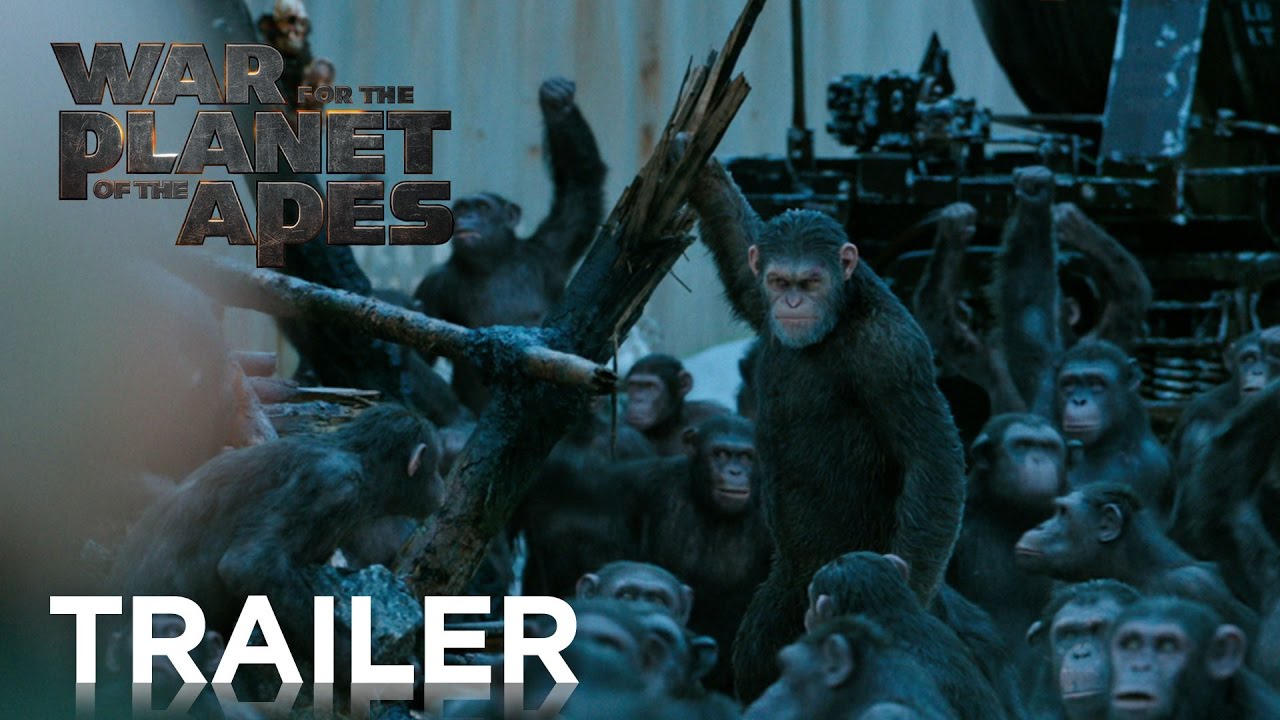 Dawn of the Planet of the Apes director Matt Reeves is back for a solid go-around that puts the super-evolved ape leader Caesar (played incredibly well, as you’d expect via motion-capture performance by Golum-mastermind Andy Serkis) and his ape buddies against a ruthless human foe, the Colonel (Woody Harrelson), whose mission to save mankind rests on the extinction of Caesar’s people. Of course it is.

First and foremost, this really is a deep movie about war, (the clue is in the title), and it does well at connecting the storylines of the two previous films, exploring the continuing effects of the simian flu that hit in Rise of the Planet of the Apes, as well as the aftermath of Caesar’s decision to let his mutinous second-in-command Koba (Toby Kebbell) fall to his death in the Dawn film.

Since the last film, soldiers have been hunting the mighty Caesar, around what used to be San Francisco, hoping to kill him, and then destroy his army. It’s interesting to note here, that some apes have joined the humans, thinking it’s only a matter of time before they’re defeated and enslaved for their efforts.

The apes finally believe they’ve found a place they can call home, but Caesar is dealt a crushing loss when a late-night raid by the Colonel kills his wife and son. Instead of leading his people to a promised land, Caesar sets out to take revenge. Fair enough.

A clear highlight for this one, apart from the immersive story, is the realism – the audience quickly forgets that the main characters are simians: The acting and CGI work combine to create more humanity in those hairy characters than Harrelson’s Colonel, who’s a very angry man with a tortured backstory.

Without giving too much away, there’s a major sequence where Caesar is captured and his team try to break him out, then it becomes this survival-of-the-fittest type scenario. Pretty intense stuff, really. Oh, the heart-wrenching ending alone will make this is one of the sci-fi hits of the year, for sure. Just sayin’.