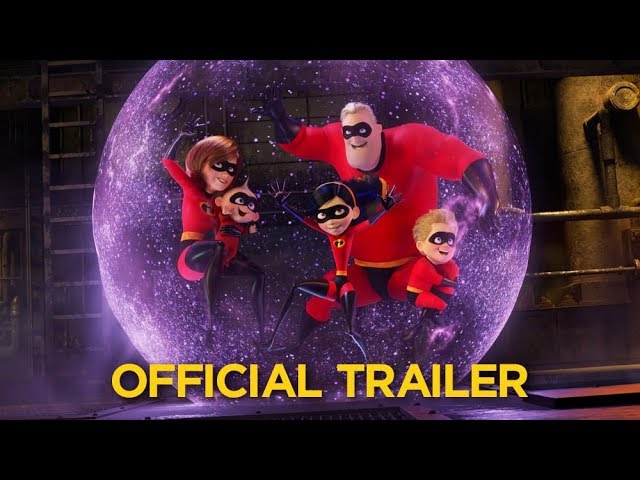 When the fight against The Underminer reinforces the reason why Supers were outlawed, wealthy philanthropist siblings Winston and Evelyn Deavor mount a campaign to get the law changed. Elastigirl is to be the public face, and Bob is left at home to babysit.

Although it has taken 10 years to reach the screen, Incredibles 2 picks up exactly where the first film left off. This time, Elastigirl headlines, although the entire family (and Frozone) get in on the action. And Jack-Jack’s burgeoning powers are a delight.

The story is workmanlike but doesn’t contain too many surprises. The identity of the villain won’t shock you, but that doesn’t matter. The action is well-staged. And is a lifelong fan of superheroes, the way the characters use their powers, particularly when teamed up, is a joy. If only others (koff DC/Warners koff) could learn a lesson.

There is also subtler stuff here, too. The family values, so strong in the original, are repeated here. And Dad Bob’s sexist issues with male supremacy are entertainingly presented. Not to mention the difficulties of dealing with a toddler who fires lasers out of his eyes!

As we have come to expect from Pixar, character design, animation, backgrounds and voicework are mostly stellar. However, I felt that much of the film was unnecessarily dark to look at it – contrast the glorious island jungle sequences in the first one. And the 3D was, disappointingly, forgettable.

Writer-director Brad Bird again voices supersuit designer Edna (based on classic Hollywood costime designer Edith Head), and I’m glad they found a reason to include her – she might not be very plot-relevant, but she’s very funny.

The first film blew me away. Incredibles 2, like many sequels to amazing films, doesn’t have the same “Wow!” factor, but it is a solidly entertaining and enjoyable movie. I thoroughly recommend it.