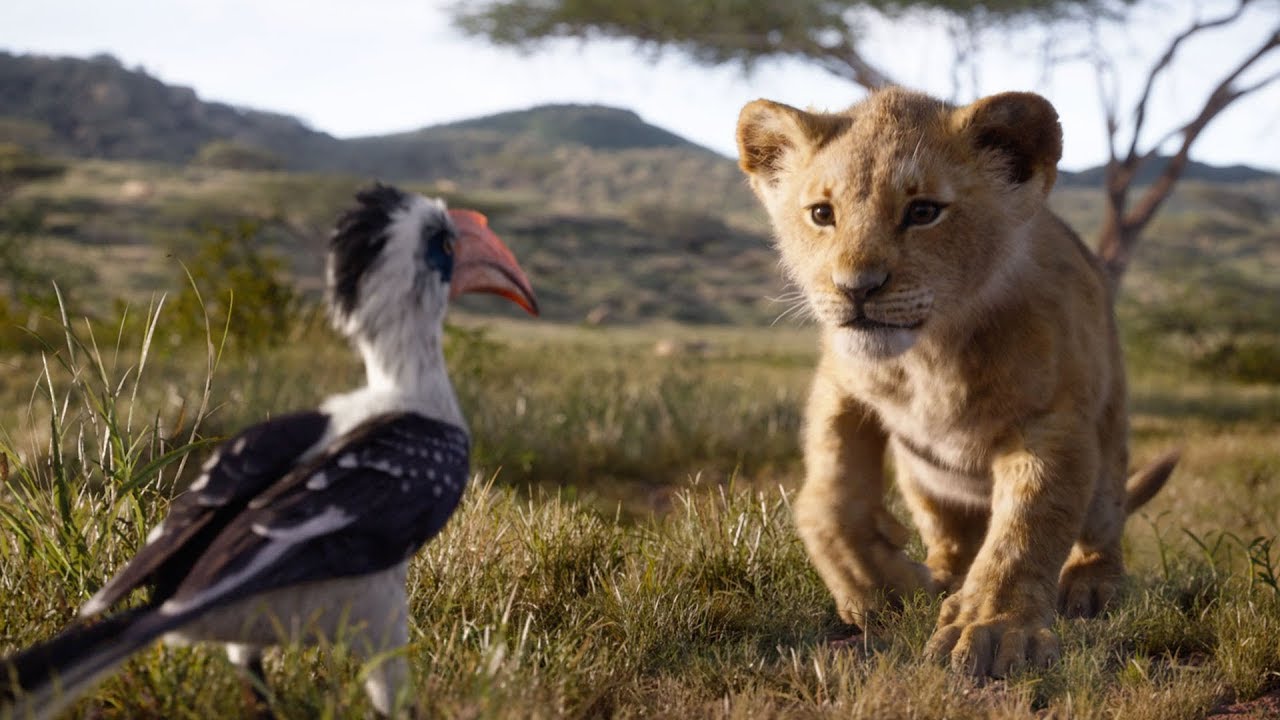 We all know the original Lion King story, right? But just to remind you – Simba, born to lead the pride after his father Mufasa,, is a bit insufferable, with a big sense of entitlement. It is perhaps not entirely undeserved when his Uncle Scar frames him for his father’s death and causes his exile. Simba grows to adulthood in the company of a garrulous meerkat and a flatulent warthog. Then events force him to reconsider his self-imposed exile.

Everyone has opinions, and a common one is that this “live action” remake is a travesty and should not be allowed to replace the original. Well, Newsflash – this is “in addition to”, not “instead of” – the original hand-drawn animation version is still there, folks.

But comparisons bwtween the original Lion King and this live ation are inevitable, especially as about 75% of this version is a shot-for-shot duplicate of the original. So there are two questions – where it is different, are the differences worthwhile? And where it is the same, how does it compare to the original?

Differences between the original Lion King and live action

The differences are interesting. Jeremy Iron’s voice for Scar  in the cartoon Lion King was languid and full of cruelly humorous ennui. Chiwetel Ejiofor’s CGI Scar, while saying the same words, is a different kettle of fish. This character is concealing a great anger at being deprived of what he sees as his right, and he genuinely believes he will be a better leader than Mufasa. It is a valid interpretation, albeit quite different. I like both. Other differences are similar – the hyenas are downright dangerous, and have lost much of the air of light relief, for instance.

Where it is the same, technicalities are often a key factor. The musical arrangements feel more African, but the songs lose things like visual surrealism. I Just Can’t Wait To Be King is no longer full of fluorescent colours, albeit animals are still singing and (kind of) dancing.

Every frame is CGI

The CGI is stunningly good – this film looks photorealistic. Jon Favreau tops his achievement with the Jungle Book remake. I have one visual quibble. The CGI animals, phorealistic as they are, do not have the facial expressiveness of their hand-drawn equivalents. This is perhaps technically necessary and inevitable, but it does reduce the degree to which the audience engages with the characters. I have the same criticism of the stage show.

The voice cast does well. It was comforting to hear James Earl Jones reprise Mufasa although, given his presence, why not re-use other adult voice cast members?

This movie is going to reach $1billion box office very quickly. Does it deserve to? Well, I don’t think it’s as good as the traditionally animated version but, if you can come to terms with the fact that it’s not a replacement, you should find a lot here to like.