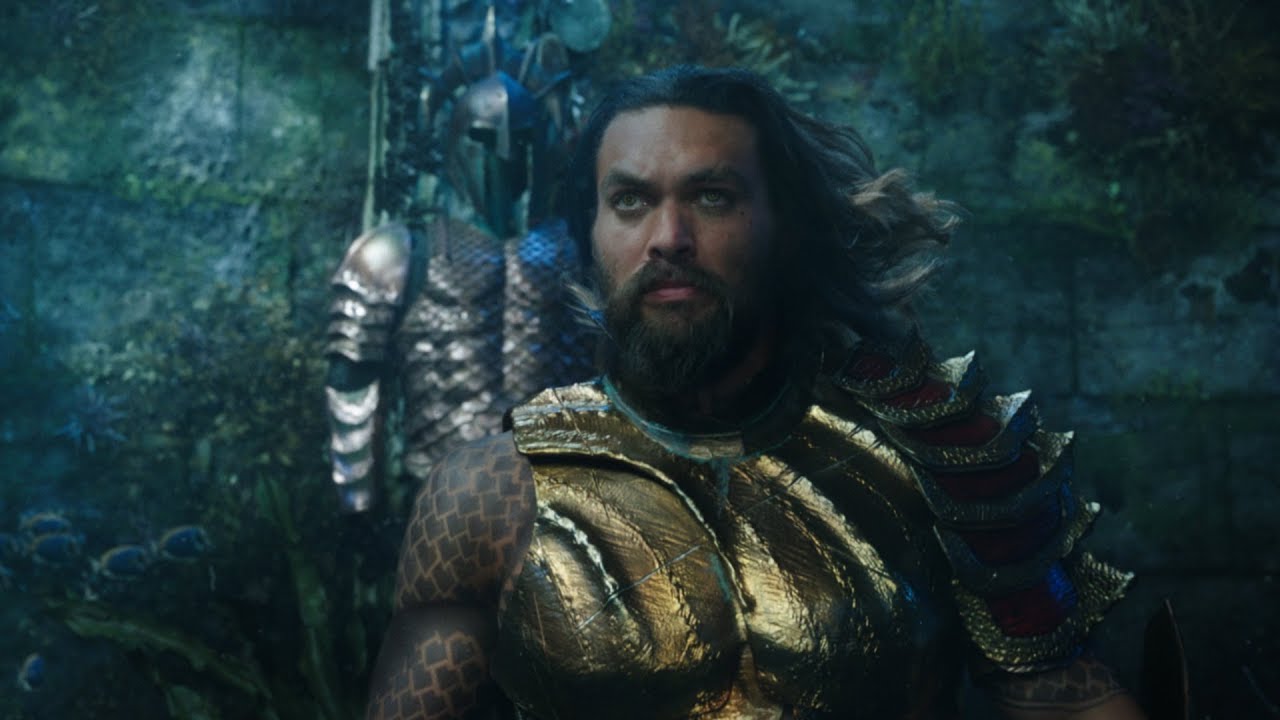 Arthur Currie is the son of a lighthouse-keeper and a Princess of Atlantis.  He has inherited his mother’s underwater powers and, with them, the identity of the Aquaman.  He is called upon to prevent an impending war between Atlantis and the world above the ocean, but he is not interested.

DC Comics is Marvel Comics’ biggest rivals. Marvel Studios has now had a string of 20 successive super-hero box office successes. But DC’s offerings have been dark, downbeat and depressing. Until Wonder Woman. And now Aquaman, which remembers that you can have a serious story, but still have fun in the telling of it.

This film tells Aquaman’s origin as a small part of a larger story involving the absent Prince being called upon to reclaim his throne.  And director James Wan does an excellent job in marshalling the elements necessary for action – this film barely lets up for a second.

There is a superb fight in a confined space in the first few minutes. The combination of fight choreography, moving camera, and effects is brilliantly executed. This is the case for the many action sequences which follow, whether fights, chases, battles, whether on the surface or underwater, whether small scale or huge. The action is first class, often in lengthy single moving camera shots.

The performances are satisfactory, with Jason Momoa being a likeable hero.  We have a couple of decent and very different baddies, both of whom appear to be available for a sequel. Aquaman’s Mum, Dad and mentor Vulko are fine. Dolph Lundren has red hair and rides a giant seahorse, one of many nods to the character’s origins in Silver Age comics. Likewise the octopus percussionist – daft as a box of frogs, but an affectionate callback to the 1960s.

Only Amber Heard fails to have the necessary impact.  She looks good – she captures the visual of one of DC’s sexiest female characters.  But you never get any idea of why she instantly becomes the love of Aquaman’s life.