I will be the first to admit I was more of a Trekkie than a Star Wars fan. I think I must have missed the boat, being too young to catch the original trilogy and just the right age to watch the prequel trilogy. It’s a fact however that if you’re a self proclaimed geek such as I am, you can’t really get away from it. 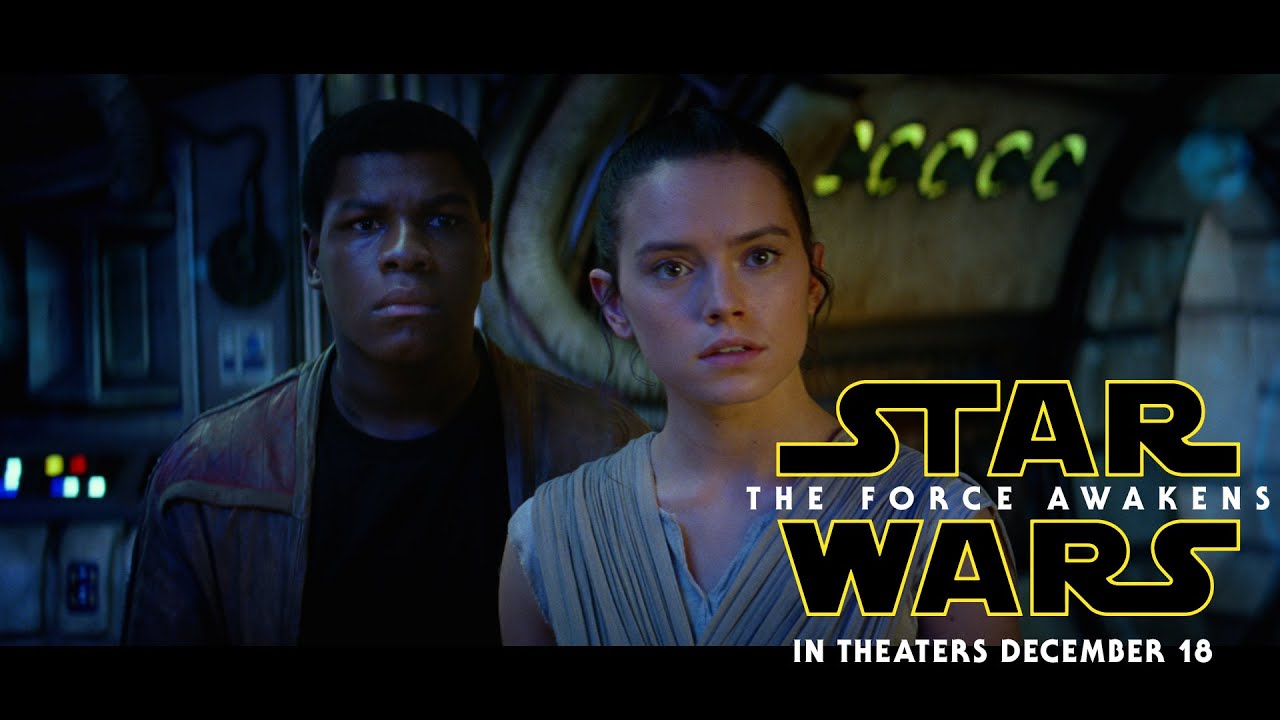 Star Wars: The Force Awakens is my gateway into the Star Wars franchise. I felt after seeing it at the cinema “This must have been how everyone else felt when the watched the first film” – It was fun, it was was geeky and I really liked the characters. Despite not knowing much about the Star Wars universe or the already established characters, I never felt lost in the film.

First of all, there are the new characters. Luke Skywalker, Princess Leia and Han Solo have all aged, in real life as well as in universe. The trailers focused on Fin and Rey as well as adorable droid BB-8. I found the new main characters likeable with good chemistry on screen. I’m really pleased that they decided to have another strong, female lead. Princess Leia changed a lot for the image of women in Sci-Fi and I hope that Rey will have just as much impact.

The dark horse character wise for me was not Kylo Ren who looked so menicing and down right cool in the trailers, but rebel pilot Poe played by Oscar Isaac. I felt in the trailers that they were trying to replace Han Solo’s role of cool guy who saves the day. Poe is certainly a cool guy, but not in the arrogant way Han Solo is. He is just as charismatic, and despite having a short amount of screen time really left an impression on me. Also the bromance between him and Finn is adorable.

On the dark side of things, there is Kylo Ren. Not quite Darth Vader incarnate, Kylo Ren has hints of an interesting backstory which is sort of explained in the film. His introduction was very impressive but as the film progressed I found him less and less, well, intimidating. By the end I almost felt sorry for him. I hope that there will be more development with his character in future films. I think the writers have given him an amazing chance at really developing into something deeper and iconic.

The trailers had us all very excited for the chrome storm trooper, the first of it’s kind. The film however used her sparingly and she never really does anything truly kickass. Instead, the storm trooper kickass goes to un-named stormtrooper with an anti-lightsaber weapon who fights head to head against and actual lightsaber. The fight scene was unexpected but very fun. I do hope however that they utilise the great character costume design of the chrome stormtrooper to create a more important role.

Now let’s talk about BB-8. I know everyone loves R2D2, and I suppose no one will ever really be able to replace him. But whilst R2D2 is certainly cute, he seemed to have created his cuteness almost accidentally. BB-8 on the other hand is cute by design from the start and pulled off fantastically. I’ve never wanted my own droid so much. His actions to his beeps and reactions are all carefully calculated to bring maximum “aww” factor – something I appreciate immensely.

Some people complain that Star Wars: The Force Awakens plot line is just a rehashed version of A New Hope  but as I haven’t watched A New Hope I can’t really comment on that. I think that they needed to have nods to the old franchise, and I think this film was more like a prequel than anything else. Nod to nostalgia, nod to the old characters and setting up the scene for the next act, the next generation so to speak.

After watching Star Wars: The Force Awakens I can safely say I am a fan, and I look forward to future films. I can understand how the original franchise created such a huge following and I think that this new series will open up interest in space and sci-fi for a new generation, something I will always be supportive of.