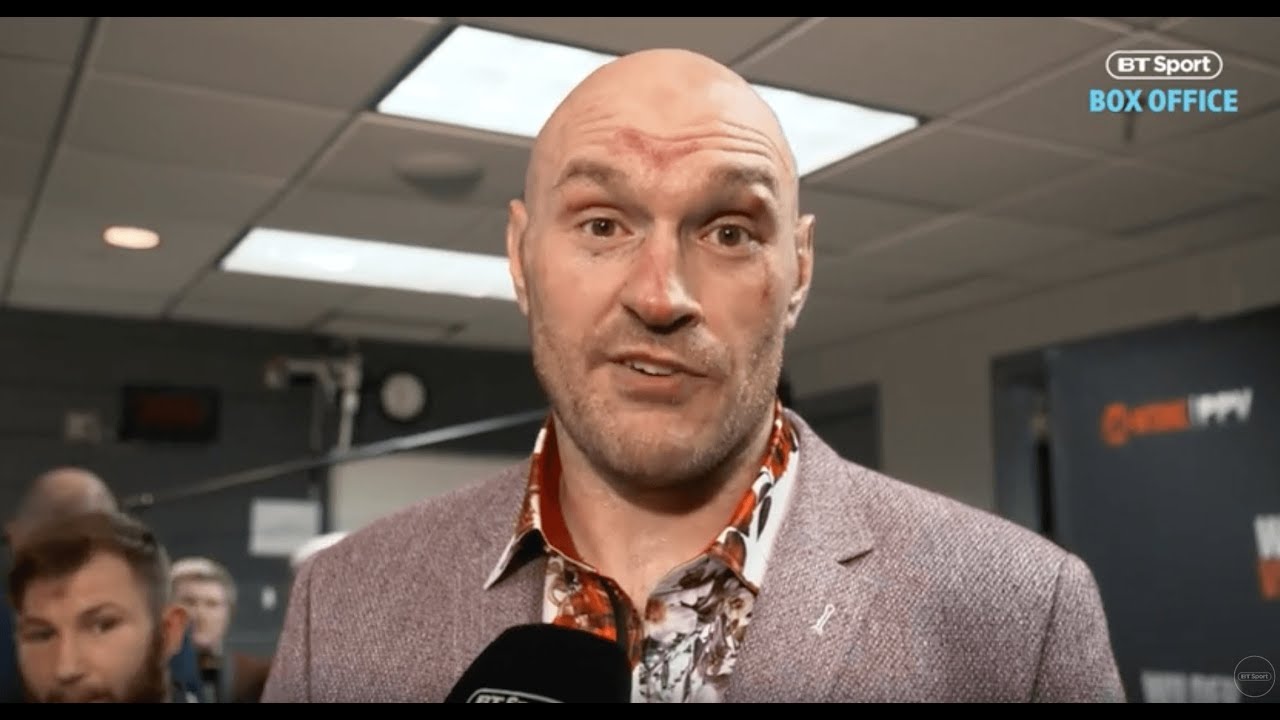 Pro boxer Tyson Fury, who has dealt with depression and substance abuse throughout his life, had a powerful message to those struggling with mental health issues over the weekend — and he’s getting lots of applause for the inspiring words.

Fury, who wasn’t able to win the WBC heavyweight title this past weekend following a highly anticipated bout with Deontay Wilder, gained lots of fans and respect for how he handled himself afterwards, ignoring the outcome and focusing on a bigger fight — mental health. Talking with BT Sport, take a listen at what Tyson Fury had to say following the fight.

If that doesn’t give you chills and inspire you, I don’t know what will. It’s as open and honest as we’ve seen from a pro athlete about mental health, with Tyson Fury’s mental health battles fairly well-known. That’s what makes his focus so cool, with his words serving as a reminder that we’re all going through something, no matter who you are.

“I just showed the world tonight, and everyone suffering with mental health problems, you can come back and it can be done.”

“Everybody out there who has the same problems I’ve been suffering with, I did that for you guys.”

For his efforts on addressing mental health issues following the fight, Tyson Fury was a cult hero, with many taking to Twitter to show their support for him, especially in the face of defeat following the decision of a draw with Wilder. Here are some of the tweets from social media, which included one from a fan to Fury’s Instagram messages.

@Tyson_Fury I’m sending this to you every way possible because you’re the biggest inspiration on me beating the disease and obstacle known as mental health. Thank you for being my role model. God bless you. 🙏🏼 pic.twitter.com/BIEySsrTPq

After a truly inspirational journey back from drink, drugs & depression, @Tyson_Fury puts on a performance that will inspire millions! I thought he won the fight, but the draw means nothing. He’s already won. Congratulations mate! 👊🏼#sobriety

For those struggling with mental health issues or depression, know that you’re not alone in your battle, and that there is help out there. Also know that everyone is going through something, and that any thoughts of substance abuse or injuring yourself should lead to talking to someone to help get you on the right path. Tyson Fury’s words are proof that people can do some amazing things in their battle with depression.