Despite brutal reviews from critiques, I personally really enjoyed watching Chappie directed by Neill Blomkamp and I would recommend it to anyone interested in sci-fi. That’s right. I liked it. 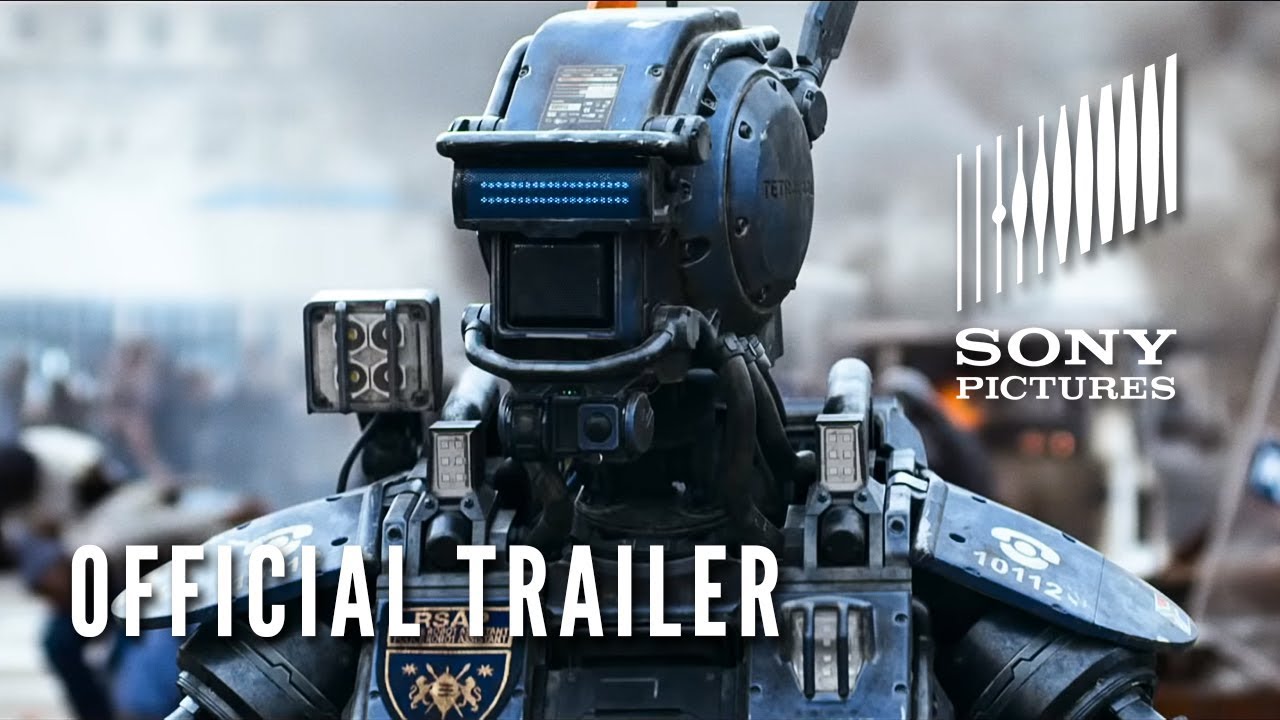 In the near future, Johannesburg have replaced the majority of it’s police force with humanoid robots created by inventor Deon Wilson. When one unit is damaged, Deon uses it to test out a new program he’s written which successfully gives the Robot artificial intelligence.

Neill Blomkamp rose to the spotlight with his debut film District 9, Chappie is his third film after Elysium.  With the huge success of District 9  I feel that we have unfairly judged his later works. Elysium  was a sci-fi blockbuster, with more action than depth, and I would place Chappie between the two. I am however going to review Chappie as a stand alone movie, which it is.

The idea of artificial intelligence isn’t new to sci-fi and nor is the concept of a robot behaving like a child as it learns. However I think Chappie does it with style and humour. I found the plot amusing and the ragtag team of criminals who end up in custody of Chappie to be unique enough to stand out from other similar bad guy team ups.

The running gag of  the robot Chappie learning to be gangster, walk with a swagger and talk street was well done and added the right kind of humour and vibe to the film. The criminal gang wasn’t downplayed as fun and games either, which can so often happen, and in one scene we are reminded of the brutality of the criminal lifestyle as Chappie gets beaten up by other street thugs.

The plot not only covers sci-fi ground with questions such as “What is consciousness?” but also covers social issues with the endearing mother/father figure roles. Some have blamed Neill Blomkamp for simply rehashing the same themes from District 9 but I think Chappie’s child-like innocence and naïveté give an interesting angle to subjects nearly all sci-fi play on.

I’d say the only part I didn’t enjoy was Hugh Jackman’s character, a jealous, power hungry inventor who’s bigger, more weapon heavy robot wasn’t picked, decides to cause the breakdown of his entire city just so he can use his monster machine and go on a righteous killing spree. It’s obviously intended as the climax of the film, but I really did end up hating his character. Which might have been the point.

I laughed, I cried, I had this wonderful moment where I was both laughing and crying right there in the cinema. I think it takes something special to have a dark, merciless beating and somehow also making it funny. Not many films have made me feel so conflicted yet so riveted in a while.

Yes, it’s not ground breaking like District 9 was, and no, the plot might not be completely believable. But that’s never stopped us enjoying films. If we’re willing to watch transformers with it’s over the top, makes no sense plot, then we can certainly watch Chappie which although has plot holes here and there, isn’t half as bad as everyone makes it out to be.

I would go watch it again at the Cinema, I would buy the DVD and I’ll probably laugh and cry at the exact same scenes. If you want an enjoyable film to watch at the weekend, on a date, with some friends, then yeah, this is a great choice. Action, sci-fi, comedy and amazing graphics, all you have to do is not go in expected the next District 9  or Aliens or Space Odyssey 2001.  Just watch it for itself!