TMNT: Out of the Shadows – halfshell heroes score a winner, cowabunga! 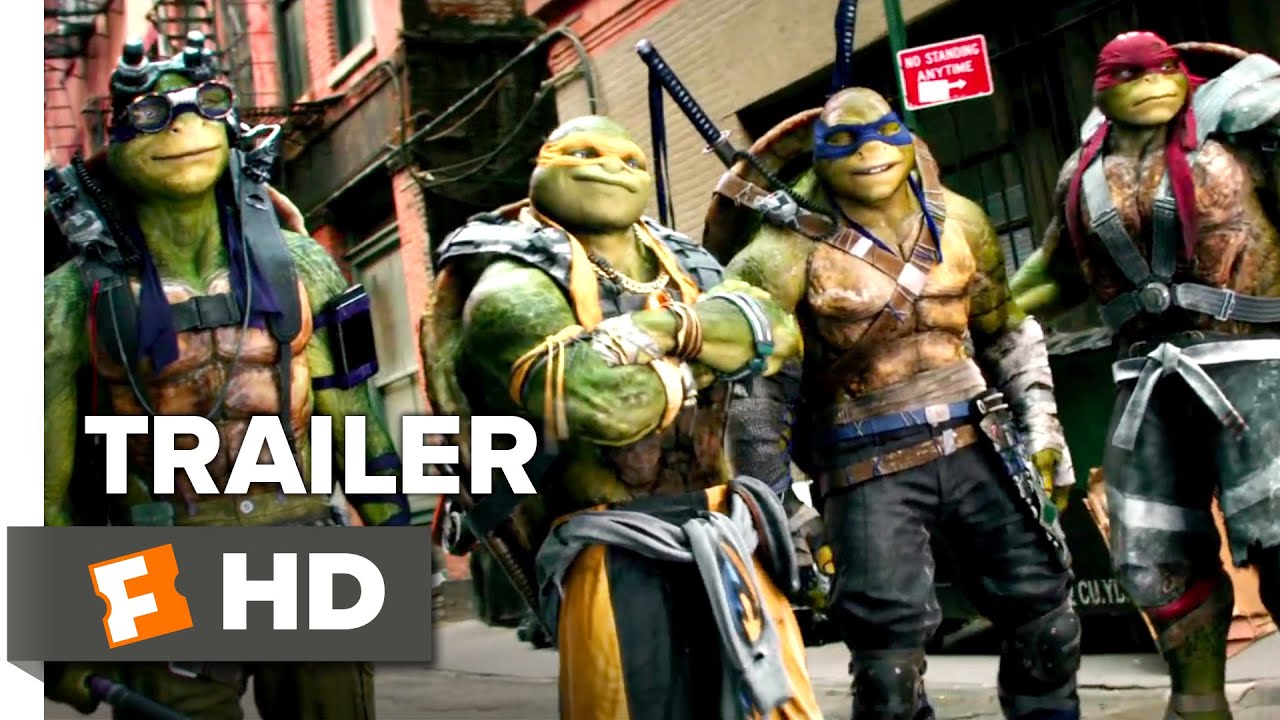 In their second outing under the most recent reboot, the reptilian brothers take on another major menace while addressing fraternal issues which threaten to break their bond.

Shredder, arrested in the previous movie, is broken free while in transit and allies himself with rescuer Baxter Stockman to welcome vile tentacled alien Krang, intent upon world domination. Only one thing stands in their way – well, four things, actually, and they live in the New York sewers…

This sequel to the 2014 reboot adds familiar characters to the mix – Casey Jones, Bebop and Rocksteady, and a delightfully nauseating Krang. The human cast members do perfectly well – Stephen (Green Arrow) Amell’s Casey Jones is particularly welcome – but the movie belongs to the Turtles.

They are brilliantly designed, with far more than just different coloured bandannas to differentiate them. They are fully fledged individuals, with different physiques, faces, body languages and ways of self-expression. Anyone interested in creating original characters would be well-advised to study the work that designers, writers and performers have put in here.

The film is Big. Dumb. Fun. Every one of those words applies. It is profoundly silly, even for a film which is built around 4 man-sized reptiles with martial arts skills, but it works. It is largely the Turtles who make it work through sheer force of personality, although the equally silly Bebop and Rocksteady help, too.

The visuals are consistently extremely good and often amazing. The Turtles themselves are never less than 100% convincing, but there is much which has to be CGI (the river chase, the dustcart add-ons) but which you would swear is real.

The story is fine (if silly), but the script is good. It is often witty, and it has some depth, too, with the relationship between the brothers – sometimes fractious but always deep and true (just like real siblings) – at its heart.

This is another movie where the 3D isn’t bad, especially in the final action set-piece.

Yes, it’s daft, but I really liked it.