Are sex robots the future?

Everyone is talking about sex robots this week. Scientists have warned that sex robots could be detrimental to society. Other news this week includes Daisy Lowe’s striptease video, and Mia Khalifa’s twitter put down of football star Chad Kelly.

The pros of sex robots is that they can do a lot more than their human counter parts. Sex robots would be programable to do an number of sexual acts. There would also be no worries about consent with a robot. Some people believe that sex robots will also help protect women who are in the sex industry from being exploited.

There are however a lot of concerns on the impact they will cause to society, especially human interaction. With the growth of technology, the need for direct human contact is lesser now than ever before. If robots can give you perfect perfect sex, why would you need to meet a human who gives you imperfect sex?

Joel Snell, a research fellow at Kirkwood College warns that using the services of sex robots could become addictive. He told Daily Star “People may become obsessed by their ever faithful, ever pleasing sex robot lovers.People will rearrange their lives to accommodate their addictions.”

With current technology, these robots have not yet gotten close enough to look nor act like humans. However in the future, this problem will probably be overcome. Whether or not robots could replace humans for making emotional connections is a strange idea to me.

I believe that we as humans need connections with other people. A robot could of course be programmed to mimic human behaviour, but I think most people would feel something was different and missing from their relationship with a robot vs a human. There have already been numerous studies debating why robots can’t simply replace a human in various roles. 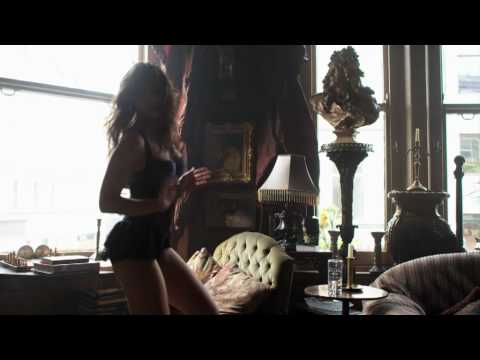 The model has been known to do racy ad campaigns before. The star has even fully stripped for Playboy magazine.  The video in question however keeps her in her underwear. Upset viewers however compared the dance, which involved her lifting her top, to resemble a lap dance or a striptease.

Producers of the show claim they are shocked at the discovery. However surely they knew the fashion model, who has worked for lingerie brands before, would have images of her in lingerie? No response has been made as to what will happen to her on the show now.

Chad Kelly, who calls himself the best quarter back in the USA, recently lost in a match against Florida State’s Seminoles. He lost even more when ex-pornstar Mia Khalifa called him out on twitter for sending her DMs before the match.

Mia stated, ““I’m only following you for seminole recon to find your weaknesses before the game. Also because last chance U,” She also tweeted a picture of their DMs.

Shoulda spent more time in your playbook and less time in my DM's #NOLES pic.twitter.com/GJcFTHwmTh

This isn’t the first time she’s exposed sports stars trying to chat her up on twitter.

Warning: Trespassers in my DM's will be shot and hung out to dry in public. pic.twitter.com/aPUGkmooat

Notable in the News