Votes are in: We’d like President Darth Vader please! 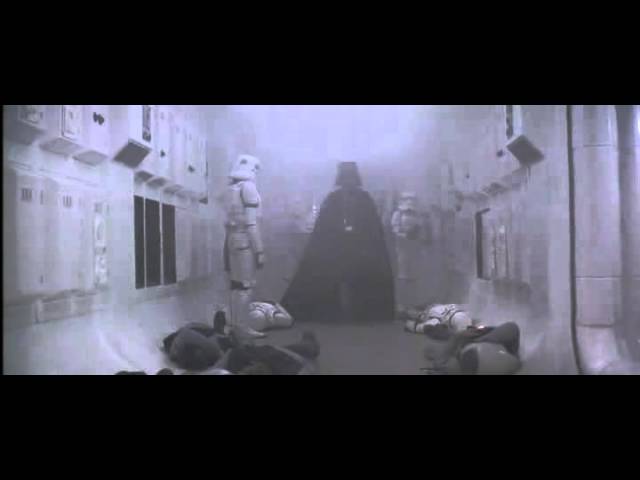 This past week everyone has been in an election frenzy. I decided to join in by setting up my own poll. The results are in guys, we’d like President Darth Vader to take residence at the White House. Other good news includes Proposition 60 being rejected at the ballots.

I take to twitter to find out who everyone plans to vote for.

And who would you vote for if these were the candidates for the presidential #Election2016?

The clear landslide winner is Darth Vader, leader of the Empire party. Make the galaxy great again. The reasons people give for voting for Vader were also pretty reasonable.

Darth Vader oversaw infrastructures, gave employment to thousands, and overcame adversity to become what he is.

@HSugarCookie At least we know that Vader can be turned from the dark side.

In a much bigger twist, Vladimir Putin took the lead with 43% of votes when added to the polls. Because of this, I’m going to suggest all future party candidates to change their names to something being with a V. They could also have catchy party slogans like “V for Victory!” or “Vote for V!”

Who would you vote for if these were the candidates for the presidential #Election2016?

The proposition was backed by the AIDs Healthcare Foundation amongst others. It was to enforce the use of condoms in pornographic movies, by letting any citizen sue a production company for producing an adult movie without the use of a condom.

California! Every single one of my coworkers and I kindly ask that you vote NO on Prop60 today!

There was an even number of ads from both male and females looking for a sexy political partner.

Pre Election Sexual Release – w4m
I am so tense and nervous and depressed because of the dismal political election situation. My depression will only lift by smoking a ton of 420 and then having intense great orgasms. Who will be my Prince Charming who will arrive with bouquets of weed and a large talented penis to fuck me with

Let’s Make Craigslist Great Again – w4m
Or at least decent. Look what a terrible job we did with our current election. Tomorrow scares me! Hold me! I’ve been on a bunch of dates on this site & there are actually some good people here. Like me.

Edging fun with an older woman on election night – m4w
I’m looking to celebrate the end of this election with someone this evening. Specifically, I would like to be edged until the election is officially called, at which point I would be allowed to release. I’ve been stressed out and have had a run of bad luck recently, so it would be nice to blow off some steam.

SCIENCE HAS FINALLY DISCOVERED EXACTLY WHY SEX FEELS SO GOOD

Love & Order: Should a husband really expect sex every day?