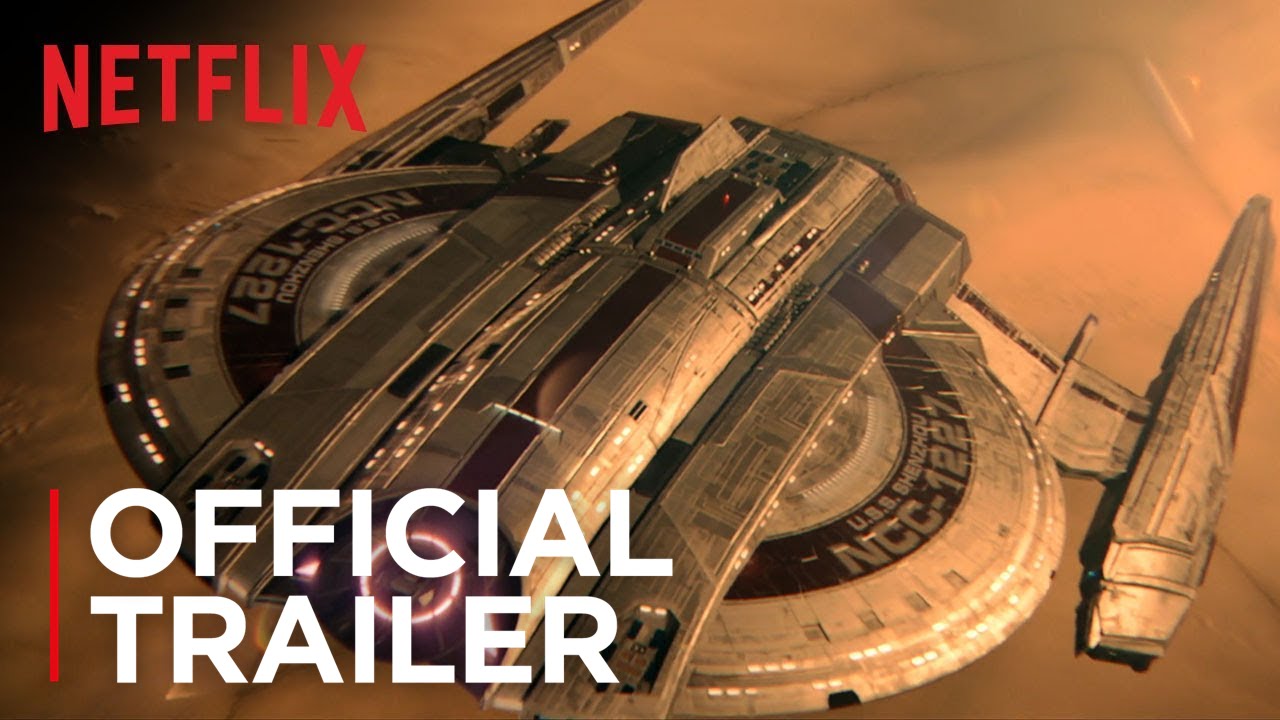 When trailers came out for the new Star Trek series, many people were upset by what they saw. A lot of explosions and actions, contrary to classic exploration and discovery. However, the first two episodes have been met with surprised positivity and although it is heavy on the action there is a lot of promise for the season.

Star Trek Discovery is set a decade before the events of the original Star Trek. It follows protagonist Michael Burnham, played bySonequa Martin-Green .  A first office on the Shenzhou, she is the first human to have attendedVulcan Learning Center and Vulcan Science Academy. She is raised by Serek, Spock’s father.

The new crew is diverse, with the first openly gay character in the Star Trek series. There is also a brand new alien race, the Kelpien, on deck as Science Officer. The first two episodes focus mainly on three characters, but I’m interested to find out more about the rest of the crew. One member looks like a female version of Daft Punk which I already find very attractive.

The Captain I always wanted

The captain in the first two episodes is Philippa Georgiou played by Michelle Yeoh. She is credited as only a guest star sadly. Captain Georgiou is everything I want from a captain. Firstly, she’s portrayed by an asian actress, which really felt special to me. She comes across as calm, intelligent, dignified and courageous. She reminds me a lot more of Captain Picard in mannerisms as opposed to Captain Kirk.

Her dynamic with the lead is also very interesting. The mother/mentor type relationship they have is endearing and I believe will have an interesting impact on Michael Burnham’s character development.

My only shame is that they killed off my role model. I’m sure she’ll be showing up in the series, just not actively alive. Perhaps flashbacks? Either way, I’m very happy to have gotten her for the first two episodes. It’s a great thing when you are able to see someone of your race and gender in an important role, and Star Trek has always been inclusive in this way with their diverse cast.

Some people commented that it borders on pandering to political correctness, but as someone who’s grown up with few role models on TV like this, I really appreciate it.

The Star Trek Discovery premier focuses on setting up what I believe will be a season plot arc. The Klingons will be the main antagonists of the season, and we’ll hopefully be seeing the cold war that happens between Klingon and Federation.

Of course the epic battle in the second episode feels a lot more like a hot war than a cold war. Many criticisms were made over the action packed pilots, but I think it does a good job of hooking people in and also setting up for future conflicts.

The action does make the first two episodes feel as if you are watching a film rather than a TV series. The high budget for CGI also makes everything feel a lot more glamorous. I don’t believe however that there will be constant high explosive action scenes like this in the series.

The promise of cold war story line hints at more political play and diplomacy. I’m sure there will be tension and confrontations, but I don’t think it will be all outright war.

The fact is we won’t know until later on. A lot of criticisms seem to be from fans who believe it doesn’t feel Star Trek enough. But I believe many series of Star Trek never felt like Star Trek until the series really got into it’s own. For instance, TNG had terrible pilot and first few episodes. It didn’t really get good until Riker grew a beard. Not to mention in DS9 everyone questioned if it could be Star Trek if it was set on a space station as opposed to a starship.

I really liked it. Really liked it. It’s not like previous Star Trek and that’s ok for me. I want to give it time. TV now is more focused on a main plot arc throughout the season as opposed to individual cases per episode. I’m looking forward to seeing Star Trek Discovery balance these two elements.

I believe there will be new alien races to discover, as we see one already in a main role. The update in technology means that it doesn’t look like a prequel, but as the entire series is set in the far future, I’m ok with them having updated tech. Does it break lore and continuity? So far, not in anyway that truly disrupts my enjoyment.

The premier truly exceeded my expectations from watching the trailer and I’m looking forward to following the series closely now.